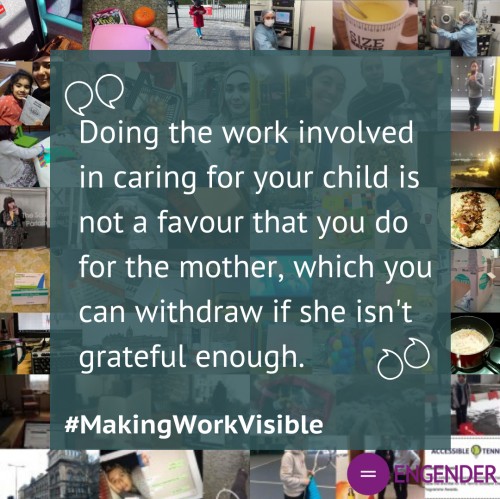 An actual conversation that happened between me and my ex, before he was my ex.

Boyfriend: I bought these shoes for our child.

Me: Great. Errm, do you remember how we took him to a shoe shop in March, and got his feet measured?

Me: And they measured his feet, and they were 11½? And you were there?

Me: And then a few weeks ago, I took him to Clarks to get shoes for Emily's wedding, and I got his feet measured again, and now he's a 12½? And I told you all about it?

Me: And these shoes that you've just bought are a 9?

Boyfriend: I just thought they looked nice, and would suit him.

Me: Yes, they would suit him. In fact, these used to be his shoes. He grew out of them and I gave them to the charity shop. You got them from the community shop in the village, didn't you?

Boyfriend: Well, I can't remember everything. I was just trying to help. I won't bother if you're going to be like that about it.

I told the story above on twitter. I was pretty hacked off. I ended the thread by saying, “Men, if you don't know your child's shoe size, then you are not pulling your parenting weight.”

I got a load of replies from men along the lines of, “Hey, I'm a nice guy. I pull my weight. It's just that my wife is naturally better at remembering those details.” Which reminds me of a meme I saw once: “Men are just naturally attracted to high paying jobs, like doctor, lawyer, CEO. Whereas women are just naturally attracted to lower paying jobs, like female doctor, female lawyer, female CEO.”

Another actual conversation that happened, round about the time he was becoming my ex.

Small child is in bed asleep and we are wrapping his birthday presents for the next morning. Soon-to-be-ex has, for the first time, thought of a birthday present he wants to buy small child, and bought it. He wraps that first.

STBX: I think he's going to really like this. I'm looking forward to seeing him opening it. I've put 'From Daddy' on it, because I bought it.

STBX: Well I want him to know it's from me. What's wrong with that?

Me: And shall I write, 'From Mummy', on ALL the other presents? And go back in time and write it on all his Christmas presents? And all last year's birthday presents? And, in fact, all his presents ever since he's been born?

STBX: Well that would be a bit petty, wouldn't it?

It's funny how men don't think so much of the mental load kind of work IS work, until they do it. And then it's a massive big deal and deserves a special medal. 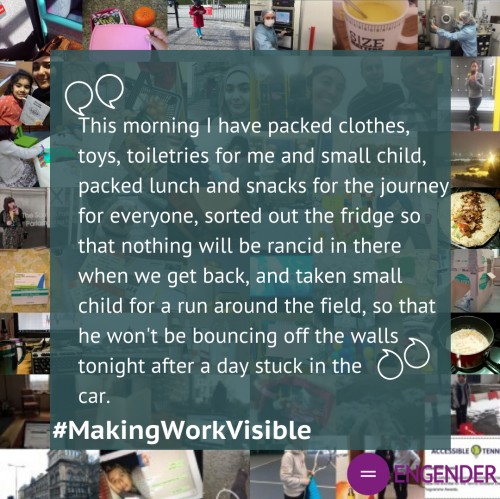 Scene – we are driving down to see STBX's mum. It's a four hour journey. We had agreed we would try to leave at lunchtime, to get there by tea time.

STBX: I just need to change the oil in the van.

STBX: What!? It needs doing. I think it's getting clogged. I don't want to do a long journey without changing it.

Me: I'm not disputing that it needs doing. But does it need doing right now?

STBX: Like I said, I don't want to do a long journey without doing it. You just don't understand anything about engines.

Me: I did two loads of washing on Monday, so I could hang it up to dry on Tuesday, so that it would all be dry by today, so we could have clean clothes to take with us. This morning I have packed clothes, toys, toiletries for me and small child, packed lunch and snacks for the journey for everyone, sorted out the fridge so that nothing will be rancid in there when we get back, and taken small child for a run around the field, so that he won't be bouncing off the walls tonight at your mum's house, after a day stuck in the car. Could you not have changed the oil BEFORE now?

STBX: I haven't had time, alright?